The Sound of Music Preview

The New York Herald Tribune's Walter Kerr wrote in his 1959 review of the original Broadway production perhaps the snarkiest one-liner in the history of musical theatre criticism:  "The evening suffers from little children."  Priceless.

Critics have been similarly unkind to The Sound of Music throughout the decades, but three-time Tony-winning director Jack O'Brien sat out in 2015 to mount an entirely new national tour that might just change all that. After all, audiences have always adored the tuneful travails of the family von Trapp and postulant Maria Rainer.  How, exactly do you solve a problem like Maria? 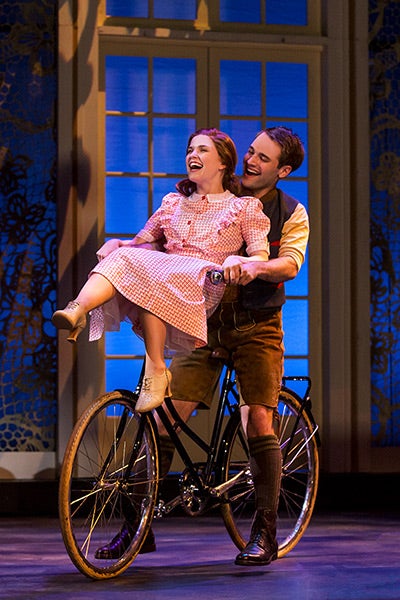 While Oprah's Favorite Things may have replaced Maria's as a pop culture mainstay, one only need watch the 24-hour news cycle and non-stop Twitter blasts to know there remain mountains to climb.

The original Broadway production was the final collaboration between Richard Rodgers and Oscar Hammerstein II, who died of stomach cancer a few months after the 1959 opening ("Edelweiss" was the last song he wrote).  Critics aside, the musical won five Tonys and closed after 1,443 performances.  Well, times were changing by the time the 1965 movie came out. Rock 'n' roll was king and the notion of a saccharine widescreen musical with Julie Andrews trilling from a mountaintop seemed a bit schmaltzy.  It went on, of course, to win five Oscars and has become an enduring screen classic.

One of the first decisions director Jack O'Brien made when bringing this production to the stage was to return to the original book by Howard Lindsay and Russel Crouse and deliver a streamlined version that clocks in a good half-hour shorter than the iconic movie.  The new revival begins not on a mountaintop, but in the Nonnberg Abbey, with a prelude sung in Latin beneath a stain-glassed window. The abbey scenes are staged by O'Brien amid tatted lace and a gothic arch.  Our first glimpse of Maria? Leaning against a wooden rail on a mountain trail, with the pink and blue-tinted Alps sprawling behind her.

By all accounts, this new production coming to the Opera House in November hits every note intended.  Originally scheduled to tour for just over a year into early summer 2017, multiple dates around the country were added, Lexington, fortunately, among them.

And what of those cynical critics who have traditionally panned this American classic?  Frank O'Brien has reached the mountaintop.  They adore it.

Here is but a sampling:

"O'Brien brings shimmering novelty...and a fresh take on The Sound of Music." -Variety

"An unabashed paean to the healing power of art." -Hollywood Reporter

"Go see The Sound of Music, as it will be unlike any other you have encountered." -LA Daily News

"Thoroughly winning. This new production is one of the finest I have seen in a long, long time. It soars with human touches. Unforgettably humane and vibrant. Don't miss it!"
-Broadwayworld.com

And that, my friends, is how you solve a problem like Maria.