RENT shook the world of live theatre - and introduced a whole generation of young people to the musical genre with its debut in 1996. 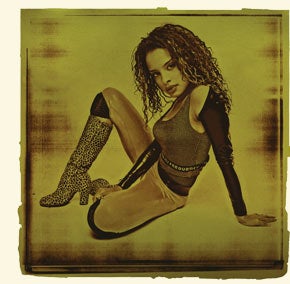 HAIR did the same thing for an earlier generation, as HAMILTON is doing today. It's as if every couple of decades or so Broadway decides to make room for revolution. Not surprisingly, when it does, the people go crazy and the pundits panic.

When I first saw RENT back then, I wondered how its tantrumy, gender-bending love-is-love and anti-corporate America messages would play in Lexington. I didn't give us enough credit. RENT has played to enthralled, packed houses here twice since then. This September's 20th anniversary edition promises to do so again. Perhaps, in today's political environment, even more so. No day but today, indeed.

In anticipation of the 20th anniversary tour, I posed a question on my Facebook page asking people "What has the musical RENT meant to you?" The answers were inspiring. A sampling below:

. . . .
"Saw it with my family at the Nederlander when I was 15 years old. Opened my eyes to so many new views and lifestyles. Bravo for my dad for taking us. My sisters and I can sing every word."
. . . .
"I saw the final dress rehearsal before first preview. It was so new and fresh and had a voice that spoke to all of us. After several curtain calls, Adam Pascal quieted the audience, and the cast spoke of the journey they had taken to get to where they were that night, and in particular the untimely death of Jonathan Larson (creator). There was not a dry eye in the house. I was so proud to be part of that loving and supporting Broadway theatre community."
. . . .
"I saw RENT at the Palace Theatre in Louisville in December 2000. I had every word memorized from the albums, so I knew I was going to love it. But I was completely spellbound for the entire performance. I remember the transition between "Contact" and the "I'll Cover You" reprise. Absolutely devastating and absolutely beautiful at the same time. It remains to this day the most memorable theatre experience of my life."
. . . .
"I remember seeing a story on CBS Sunday Morning about this new musical whose playwright didn't get to see it open. RENT was part of a handful of experiences that told a boy in Corbin, KY that he wasn't the only one out there. My tribe was out there doing big things, changing the world, and I just needed to look for markers the world gave me to keep up hope, to look past my current, small world, and know there were better things ahead."
. . . .
"In 1987, the first person who died in my presence succumbed to complications from AIDS. She was a hospitalized 24-year-old female inmate with a history of IV drug use. I saw RENT on my mother's birthday, July 19, 1998, when I was five days away from giving birth. In utero, my daughter moved vigorously to the music, and the crossroads and unity of life and death became clear to me like never before."
. . . .

Well, it wouldn't be Facebook without at least one naysayer, right? So here's that one: "It meant 2 hours plus of me sitting there and wanting to throw rent money at them so I could go home." Ouch.

But I'll close with what my husband said about RENT:

What will be your RENT story? Come to the Lexington Opera House September 16-18 and measure your life with love.

INSIDER TIP: “Dining Out for Life" is an annual fundraising event raising money for AIDS service organizations. This year's event will be Thursday, September 15, 2016, the day before RENT opens at the Opera House. Visit www.avolky.org to plan your night out!