Nobody puts Baby in a corner.

Nor did anybody expect a 1987 low-budget romantic drama dance film from a new unknown Hollywood studio to become an international phenomenon.

But Dirty Dancing captured the hearts of millions and went on to earn over $215 million worldwide. The home video release the next year became for first VHS tape (remember those?) to sell over a million copies. The soundtrack to the movie generated not one but two multi-platinum albums and several chart-topping hit singles. 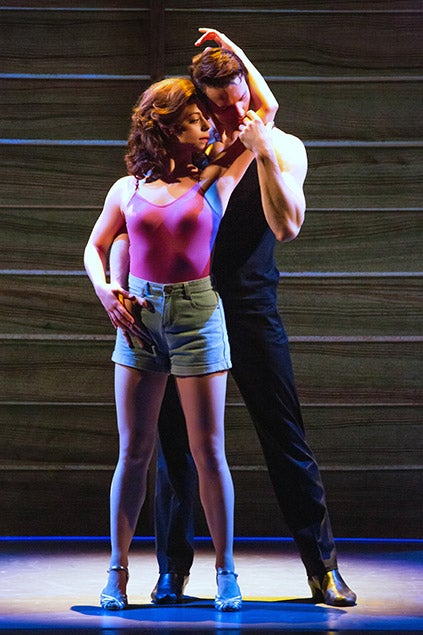 Now, 30 years after the movie's original release a just as successful stage version comes to the Lexington Opera House as the latest Broadway Live production. So where are all those dreamy-eyed moviegoers from three decades ago that saw the movie over and over and probably still have a copy of the VHS in the "do not throw away" box in the attic? Buying tickets to the show at the Opera House. In record-breaking numbers.

Even though Dirty Dancing: The Classic Story on Stage has never officially been on Broadway, it has become one of the quickest and best-selling titles in recent Opera House memory. A full three weeks before its scheduled opening on January 26, only a few solo seats remain for four of the five performances. Call soon for tickets to the Sunday evening performance!

So why has this incredibly popular production never been to Broadway? A New York production was in the planning stages as early as 2006 but never came to fruition. Probably because of its incredibly lucrative legs on the road. The production coming to Lexington had its start in Australia where over 200,000 people saw it during its six-month run. It next went to Canada and then the West End, where it opened with the highest pre-sell in London theatre history, earning $12 million.

The current production is having an amazing run across America. You may remember hearing about this Dirty Dancing tour in the news last year. A one-night performance in April 2017 at the EKU Center for the Arts was halted mid-way through the first act by a tornado warning evacuating the audience and cast and crew to the basement. Local news outlets recounted theatergoers' harrowing tales of exiting the front of the house directly onto the stage and down the hallways to the basement with dancers and singers. As Johnny Castle would (and did) say, "Sorry for the disruption, folks."

I'm not sure what the weather will be like for its engagement here, but one thing is for certain, it's going to be hot as hell when Johnny and Baby slither into their sexy Mambo. It's called "dirty dancing" for a reason.

And from what I've read online from folks who've seen it, those of you lucky enough to have purchased tickets before it sold out is going to, yes, have the "Time of Your Life."

Bring your own watermelon.