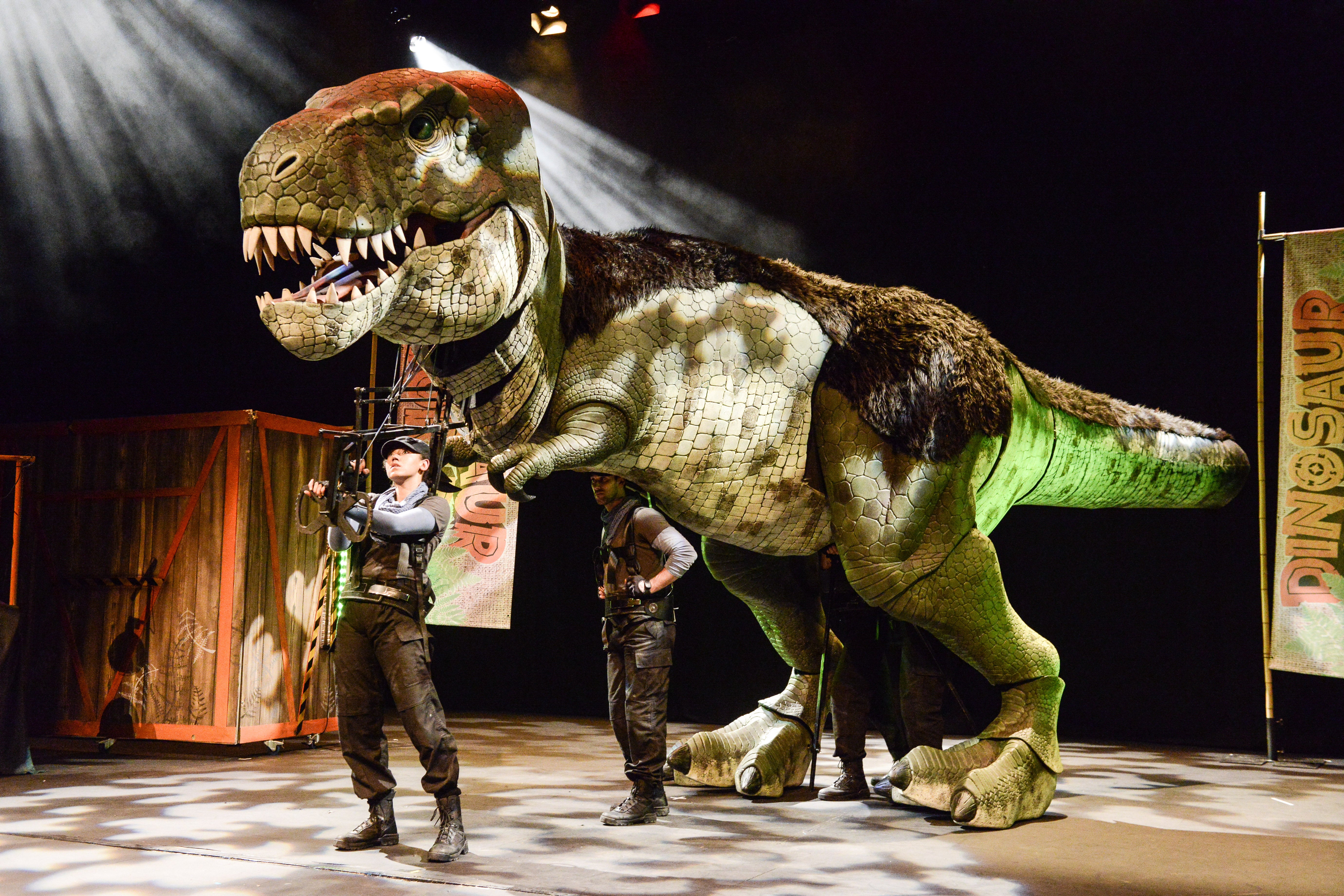 Coming to The Lexington Opera House January 25 for Two Performances!

LEXINGTON, KY (December 19, 2019) -- Direct from the West End, DINOSAUR WORLD LIVE, the interactive children’s theatre show that brings dinosaurs to life on stage is jetting across the Atlantic for a major tour of the United States. Opening on 10 January at Tilles Center for the Performing Arts in Brookville, NY, the show will then visit a further 38 venues until 15 March 2020.

The show will perform at the Lexington Opera House on January 25th for two performances, 11am and 3pm.  Tickets are on sale now at the Lexington Center Ticket Office, (859) 233-3535 or Ticketmaster.com

Following three major tours of the UK, including smash-hit summer seasons at Regent’s Park Theatre in London (2018) and Troubadour Wembley Park Theatre (2019), DINOSAUR WORLD LIVE has delighted critics and audiences alike from all ages 3 and above.

Using stunning puppetry to bring remarkably life-like dinosaurs to the stage, DINOSAUR WORLD LIVE presents a host of impressive pre-historic creatures including every child's favourite flesh-eating giant, the Tyrannosaurus Rex, along with a Giraffatitan, Microraptor, Segnosaurus and Triceratops. The show introduces Miranda, daughter of palaeontologists, who grew up surrounded by dinosaurs on a far-away island off the coast of South America. She has brought her pre-historic pals to your local theatre and would love you to meet them. Warning: some of these dinosaurs aren’t as docile as they seem!

If looking for fun things to do with the kids, DINOSAUR WORLD LIVE delivers an entertaining and educational live show that promises to delight the whole family. Each performance is followed by a post-show meet and greet where audience members have the opportunity to meet some of the dinosaurs in person.