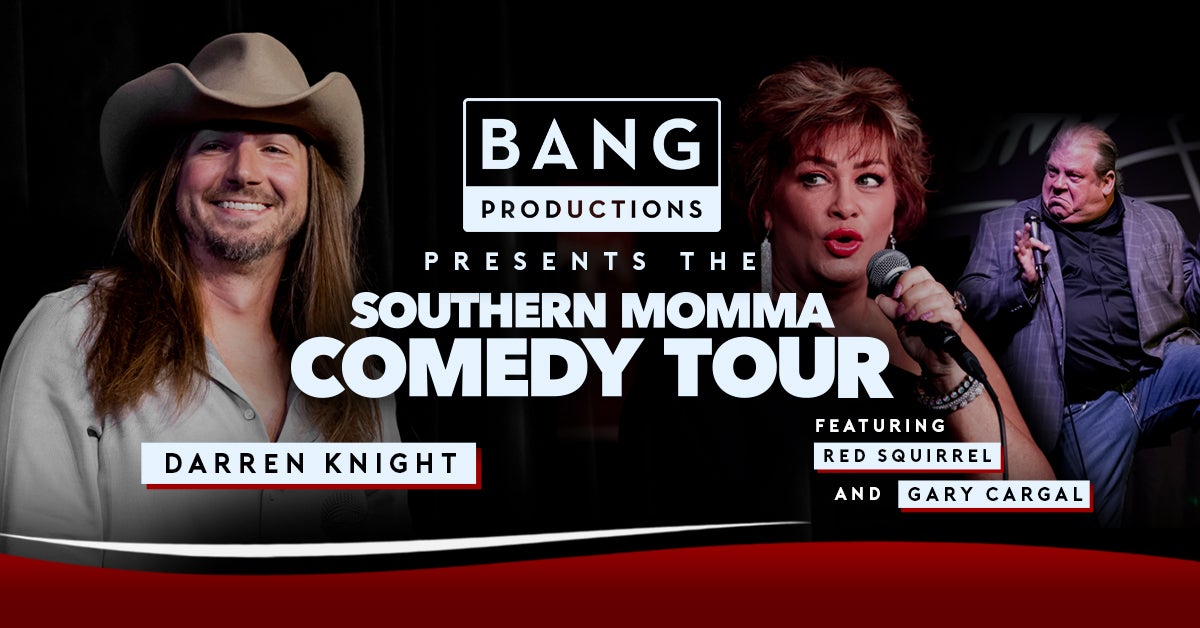 Originally from Mumford, Alabama, Darren Knight is the fastest-rising comedian in American History. His character, Southern Momma, is a household name in the South.  He has a massive nationwide following on multiple social media platforms and was named one of “10 Comics To Watch” by Variety Magazine.

Comedian Red Squirrel has been entertaining nationally with her country twang and out-of-control energetic stage presence. She’s performed at the Golden Nugget, The Ryman, Choctaw Casino, Hard Rock Casino, Imperial Palace Casino, and the War Memorial, to name a few. Her twist on personal subjects involving the relationships between men and women is hilariously relatable.

Comedian Gary Cargal is everyone’s Southern Dad or Grandpa who brings a good, stiff drink to the comedy world. Gary’s laudable stage performance based on his wife and two sons has been touring nationally for six years.